This history of Sleepy Hollow School was originally published in commemoration of our school’s 30th anniversary in 1984-85. Additional information was added in 2004 and 2010.

Sleepy Hollow Elementary School is located in Fairfax County, Virginia, approximately three miles south of the City of Falls Church. The school is on Sleepy Hollow Road, which is a busy thoroughfare between Route 7 and Columbia Pike, bordered by Lake Barcroft and Annandale Road. This area was known as Fort Buffalo during the American Civil War.

In the 1920s, Sleepy Hollow’s property belonged to Ms. Nelle Boyd. She leased part of her farmland to John Kerns who used it to pasture cattle. John Kerns was originally from West Virginia. He owned a dairy farm south of Kerns Road. Later, when Mr. Kerns sold his property, Kerns Road was built and named after him.

In the 1920s, Sleepy Hollow Road was a one-lane, winding dirt road. It was improved by adding pebbles and crushed stones in the 1930s. There were no bridges where Sleepy Hollow Road crossed over creeks in those days. At Holmes Run, the road crossed the creek on a small dam. Later a wooden bridge was added, but the bridge washed out every time there was a hard rain. Early residents recall seeing an old wooden mill near the corner of what is now Sleepy Hollow and Kerns Roads on top of a hill. There was a stone wall and large cavern to a millstream. On the left of the stone wall, watercress grew in abundance.

What’s in a Name?

Have you ever wondered about the origin of the name Sleepy Hollow? Find out in this video produced for the Fairfax County Public Schools cable television channel Red Apple 21.

In 1931, Dr. Elmer Kohlmeier and his wife Marjorie bought a 92-acre plot of land from Nelle Boyd. This property included what is now the school site, the farmhouse next door, and land to Malbrook Road. The Kohlmeiers named their farm “Wide-Awake Farm.” Dr. Kohlmeier’s daughters, Anne Morris and Joan Meiers, remember their father driving his car through the area now known as Seven Corners to get to work at his dentist office in Washington, D.C. During the winter, a hired man would hitch up horses and use them to guide a wooden wedge snowplow to clear Sleepy Hollow Road. On rainy days, Dr. Kohlmeier would sometime leave his car along Wilson Boulevard. The next morning, he would ride a horse down to the end of the lane, slap the horse on the rump and send him home. Then, Dr. Kohlmeier would walk to his car and go on to work.

In the 1930s and 1940s, the area along Sleepy Hollow Road was a rural and safe place for children to take walks and ride their horses. The Alexandria Water Company owned a small lake nearby. In 1949, this was sold to developers who began the Lake Barcroft community. A few houses went up around the lake, but much of the area remained forest until the mid-1950s. As the land in the area began to be developed into residential properties, interest in a school site began. In 1954, ten acres were sold to the Fairfax County School Board for a school site.

The original school was completed in the spring of 1954. It was first occupied on September 1, 1954, with Mrs. Viola S. Dillon as principal. Four classrooms were added and completed in 1956. The school included over 20 classrooms, a library containing over 10,000 books, a cafeteria that seated 250, a clinic, administrative offices, and a large playground. For those students who did not walk to school, Fairfax County Public Schools (FCPS) provided buses for transportation.

Mrs. Dillon, the first principal, retired in 1966. During her time as principal, in 1957, Sleepy Hollow Elementary School was designated one of two elementary schools in FCPS to pilot foreign language instruction. Mrs. Corinne F. Jeffries served as principal from 1966 to 1970. In August 1970, Mr. Paul C. Kelley was appointed Sleepy Hollow’s third principal.

In 1974, Sleepy Hollow Elementary School underwent a major renovation. Some walls were torn down and doors removed to modify Sleepy Hollow into an “open classroom” school. Floor-to-ceiling moveable walls were installed at this time. These moveable partitions allowed for greater flexibility in class size as they made it possible to separate the open rooms into smaller instructional spaces as needed. A gym, library-media center, music rooms, and an art room were added. Air conditioning was installed as well as carpeting. During the renovation the students and staff were housed in the former Willston Elementary School building on Route 50 at Seven Corners.

In July 1975, Dr. Mary Hope Stowers Worley became principal of Sleepy Hollow. During the 1970s, the population of the school expanded to include many international students from over 20 countries. In January 1976, Dr. Worley reported to the School Board that a total of 97 students were being served by Sleepy Hollow’s English as a Second Language (ESL) program. One year later, she reported that the number of students receiving ESL services at Sleepy Hollow had grown to approximately 26 percent of the school’s 537 student body. Students, faculty, and parents welcomed this diversity and were very supportive of the school’s “United Nations” atmosphere. Sleepy Hollow was one of the first FCPS schools to hold annual family heritage celebrations. In 1980, Mrs. Ercell H. Binns became the fifth principal of Sleepy Hollow.

During the 1980s, Sleepy Hollow continued a longstanding tradition of holding a fundraising carnival in the spring. The funds raised were used to support special enrichment programs for the students, including field trips, the foreign language program, and the cultural arts program. In May 1986, Suzanne Sheafer, a 5th grade teacher, was named one of seven finalists for the FCPS Teacher of the Year award and The Washington Post Agnes Meyer Outstanding Teacher award. In 1989, Dr. Bonnie Miller became the sixth principal of Sleepy Hollow.

A Glimpse Back in Time

In September 1997, an addition was constructed to the rear of the Sleepy Hollow Elementary at a cost of $1.94 million. The addition included an entrance lobby, two classrooms, two School-Age Child Care (SACC) rooms, a resource room, teacher’s lounge, and a large conference room area (which was converted into the Cluster 3 Administrative Office in November 2000). The upper floor contained eight classrooms and a guidance counselor’s office. Mrs. Pam McClelland became principal in 1998, followed by Mr. Craig Rowland in 2001. During the 2004-05 school year, full-day kindergarten began at Sleepy Hollow Elementary, and our school celebrated its 50th anniversary.

In the spring of 2008, construction began on a $9.45 million building-wide renewal of Sleepy Hollow Elementary. The school underwent major changes such as: updated heating and air conditioning systems, a new front façade and entrance, new administrative offices, a new library, and a newly equipped computer area. Additional storage space and a kiln room were added to the art classroom, and a beautiful new floor was installed in the gym. Every classroom received new floors, cabinets, coat racks and cubbies, magnetic white boards, and, where needed, new bathrooms.

The renovation took a lot of patience on the part of the staff, as well as the students. Every classroom was uprooted to another area while their room was being worked on. Many classes spent months in trailers. Was it worth all the extra work, mess, noise and stress? The answer to that question is a resounding… YES Indeed! Following completion of the renovation, our new and improved school was rededicated on May 12, 2010.

Ms. Lisa Barrow became Sleepy Hollow’s tenth principal in 2011. She was succeeded by our current principal, Eric Johnson, in 2016.

Explore the changes to the Sleepy Hollow Elementary School property from 1937 through 2013 in this series of aerial photographs courtesy of the Fairfax County Park Authority. 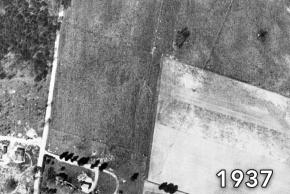 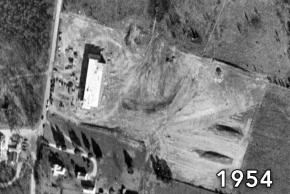 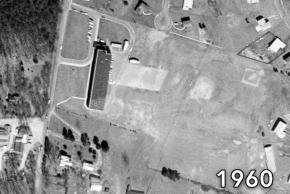 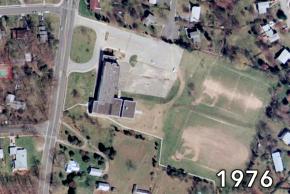 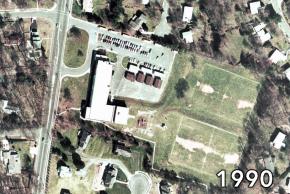 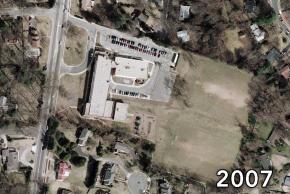 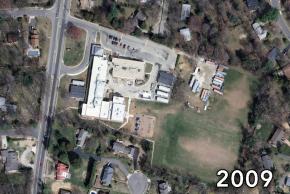 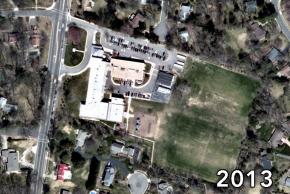 When this history was first published in 1984-85, it stated that Corrine F. Jeffries served as principal from 1966 to 1968, and Paul Kelley from 1968 to 1975. However, subsequent research in FCPS Department of Human Resources records indicated that the principalship changed hands in 1970. School History Sources.